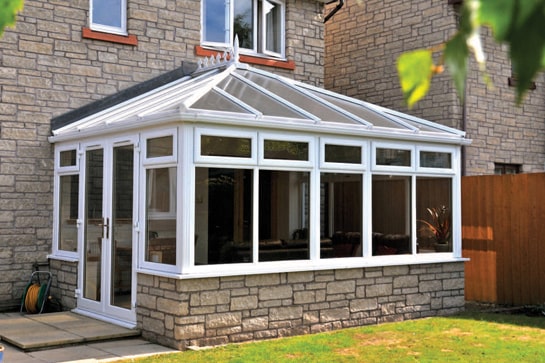 What’s the difference between French Windows and Casement Windows?

Here at Isis Windows, people often ask us about the difference between French windows and casement windows. It’s true that both styles of windows are pretty similar, so appreciating the differences between the two can be confusing.

Here’s our (hopefully) helpful guide outlining the key differences to assist you in choosing the perfect units for your home to best suit your specific needs.

What Are French Windows?

French windows are a very popular model and are usually hinged double-paned units with large glass areas which allow a lot of natural light to flood in. With no sliding mechanism to operate them, they open inwards or outwards but typically the latter.

You’ll find them in an array of materials from uPVC to aluminium and uPVC timber-effect.

The origins of the style date back to the sixteenth century, when France was at war with Italy, during which time it was exposed to new design ideas of the Renaissance. The idea of allowing so much light into a building was, at the time, revolutionary.

Of course, technology and performance have improved immeasurably since the 1500s. But the style remains hugely popular today, and French windows look especially stunning in more traditional or country residences such as cottages, where you may have more of a garden to show off, while traditional finishing touches such as monkey-tail handles can add a particular flourish.

What are Casement Windows?

Casement Windows first appeared in the UK in the 1700s, as they replaced older, stone-mullioned units with their iron frames crafted by blacksmiths which eventually became solid timber ones. The popularity of the style has barely waned since.

Again, these come in a range of materials, including the likes of aluminium, uPVC and timber-effect uPVC.

Unlike their French counterparts, however, they come in a range of different sizes and configurations. While they can look pretty similar to French windows, casement windows tend to have an extra smaller window opening outwards above the larger, main glazed area.

The window is attached to its frames by one or more hinges at the top, bottom or side. This is a highly versatile design, so it’s compatible with almost any property, but especially suits older homes where you are trying to recreate a more traditional look.

Fit casement windows and look forward to a number of benefits, including:

Perhaps the main possible snag is that they can be limited in size. That’s because they open outwards, so the frame needs to support the full weight of the windows.

These are stylish models that add character while giving you superb functionality and lots of natural daylight, alongside high levels of security and durability.

Due to their two-panel format, you can’t fit this style to every window opening, for example in replacing a three-panel casement window with French windows. To do this you’d need to brick up part of your window space.

Choosing Your Windows with Isis

Please get in touch if you have any other queries on French windows vs. casement windows. At Isis, we offer a full range of windows and doors incorporating the latest advances in double glazing, including casement and French models, in a range of colours and styles. We also do full-length French doors and are ideally placed to advise on which units would best suit your property.

Talk to us today and book an initial consultation without charge or obligation.

Previous Post
How to Know When it’s Time to Replace Your Sash Windows?
Next Post
Windows & Doors: The Benefits of Choosing a Local Company
No results found.
Menu